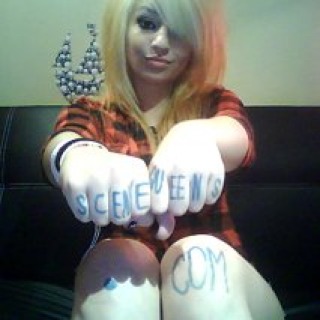 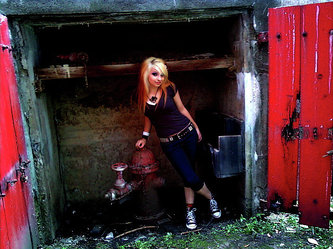 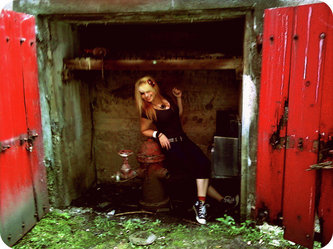 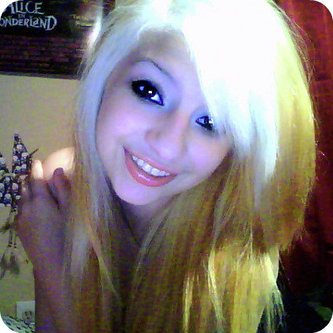 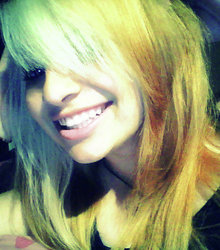 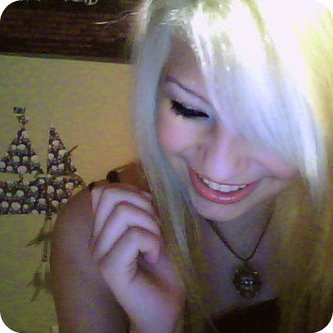 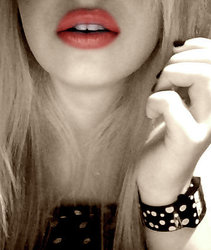 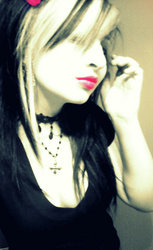 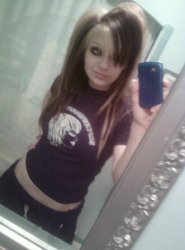 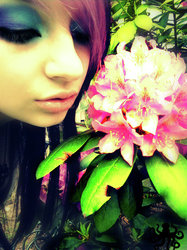 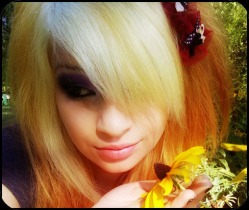 Here is a step by step process on how to get that vivid, scene look.
As you know, the scene style is generally the same as emo only vamped up on the color. When you look at a scene kid, the first thing you'll think is "wow, that emo kid looks like a rainbow bright just threw up all over them!" Well, this is a compliment. Rainbow brights happen to be a very stylish toy back in the day and I've used them as inspiration in my past hair choices. Now.... TO THE MAKEUP PROCESS!!
first apply a white liquid eyeshadow base to your eye lid and spread it next along the lower lash line. Next, choose a color of choice to use as a shadow. You may wish to experiment with three or four colors and blend them with your ring finger tip so they make a shaded effect sweeping across the lid. Generally you should keep the distance between the eye brow and the shadow at least 1/16th of an inch, which leaves a nice white glow around your eye. This gives the affect that your eye brow has been lifted which is great if you have not so thin or tamed brows. Next, use a liquid eyeliner on the upper lid. Following this, use a twisty crayon eye liner (usually its "unstoppable water proof liner" by maybeline. i usually go for the color "onyx") to give your eyes sort of a cat eye effect with a few "wingies" here and there. and then you use a make up removing cloth to get rid of any stray eye shadow flakes that could have landed on your cheeks and nose.  Then, use a foundation which is a shade lighter than your natural skin tone, which helps acheive the "i'm so pale cuz i'm scene" look. Next, use blush and maybe sometimes a gloss. tada! And now you have it! My deepest darkest secret. Use it well.;D